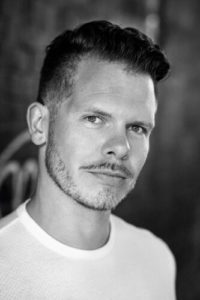 With a notorious name, Fridthjofur is better known as Fiffi – even to native Icelandic speakers. London based, he designs lighting for theatre, dance, opera, events and fashion, and his covers venues from small local theatres to the Royal Opera House and The Royal National Theatre. He has also extensive experience from found spaces and site-specific theatre. As theatre consultant he works with architects and engineers to design some of the world’s most impressive performance venues.

Fiffi studied lighting at the Central School of Speech and Drama (B.A. Hons 2009) and scenography at Central St. Martin’s U.A.L(M.A. 2013). His work has been seen around the UK and Ireland, in Iceland, Europe, India, Bermuda, Italy, New York, South-Korea and China.  Passionate about education, Fiffi mentors and lectures at the Central School of Speech and Drama, Guildford School of Acting, Arts University Bournemouth, Mountview Academy, Central St. Martin’s U.A.L and Rutgers University, hosts workshops in Iceland and teaches Vectorworks to lighting departments and individuals. Outside performance he has led various work, from drama clubs and festivals in college, to the Icelandic Youth Association’s Youth Council and the Icelandic Society in London. www.fif.fi