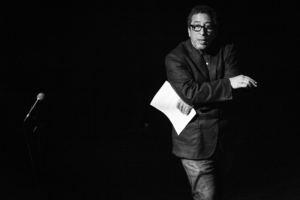 Felix Cross is a composer and theatre-maker whose work has been regularly performed nationally and internationally. He lives in London and Sydney. From 1996 to 2015, he was the Artistic Director of Nitro/Black Theatre Co-op. He has written, composed or directed over 150 productions and his work in England includes Slamdunk, Passports to the Promised Land and The Wedding Dance (for Nitro), Blues For Railton, Glory!, Mass Carib and Integration Octet. In 2012, he was awarded an MBE for services to Musical Theatre. His work in Australia includes productions for Sydney Festival, Brisbane Festival and Sydney Theatre Company.