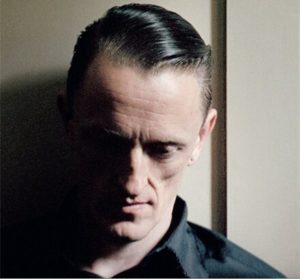 Simon Vincenzi is a London based theatre director, choreographer and designer. With Bock & Vincenzi he presented invisible dances… from afar: A show that will never be shown (2003), a work made only to be experienced on the telephone, and The Invisible Dances (2004-2006), a theatte work in three acts presented over three years at The Royal Opera House Clore Theatre, The Venice Biennale, Nott Dance International Festival, Kunstenfestivaldesarts and the Laban Theatre, London. He continued with the five-year project Operation Infinity, working with the fictional theatre company Troupe Mabuse. This interdisciplinary work was made up of different but related performances, installations and videos that included: The Infinite Pleasures of The Great Unknown; Club Extinction; Luxuriant: In The Reign Of Anticipation and King Real Against The Guidelines . The ‘live’ documentation of this project can continued to be seen in the on-line work www.operationinfinity.org , A Fugue State of Theate Hosted On The Internet. Vincenzi’s work investigates the interface of theatre, movement and visual languages ​​that often push the boundaries of expectation. Through an exploration of memory and oblivion, consciousness and the dissociation of the self, these different manifestations frequently tap into the unconscious, taking the audience / spectator into an uncertain and unknown landscape.