Our alumni are kicking off the new decade with a flourish of new and exciting ventures.

Starting off the month, Andy Coxon, Luke Bayer and Caroline Kay are each performing an intimate concert celebrating new writing and new music as part of New Year, New Favourites at The Other Palace. 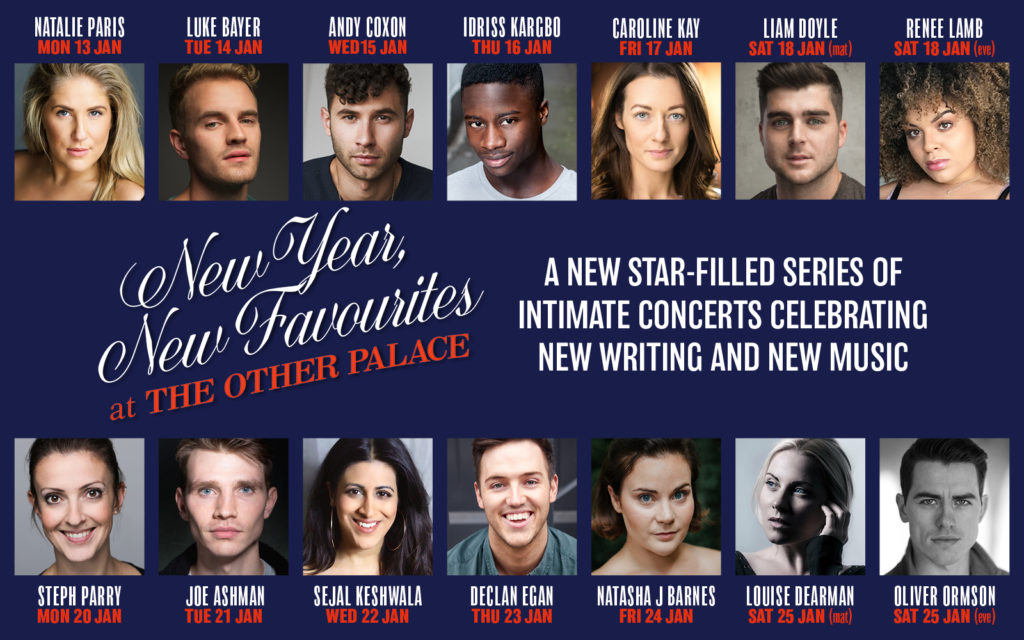 Our third year student Noah Thomas has finished his training early to star as Jamie in West End hit Everybody’s Talking About Jamie at the Apollo Theatre. He will be joined by Hiba Elchikhe who will be making her West End debut as Pritti Pasha.

Nicholas McLean takes over as Boq in Wicked The Musical joined by Laura Pick as standby Elphaba. Recent grad Nicole Farrar begins her role as Liesl in musical classic, The Sound of Music UK and Ireland Tour 2020.

Ralph Warman will be making his professional theatre debut as Musical Director and professional acting debut as Stebbins the Choral Master in Tom Browns School Days at the Union Theatre.

In awards news, congratulations to Hareet Deol and Giles Terera for their 20th Annual WhatsOnStage Awards nomination for Best Supporting Actor in a Play for their roles in My Beautiful Laundrette and Rosmersholm respectively. Jordan Luke Gage and Oscar Conlon-Morrey have been nominated for Best Supporting Actor in a Musical for their roles in & Juliet and Only Fools and Horses the Musical. My Beautiful Laundrette with Hareet Deol and Life of Pi with Mina Anwar and Tara Divina nominated for Best New Play, while Death of a Salesman with Matthew Seadon-Young, Present Laughter with Nada Sharp and A Midsummer Night’s Dream with Jamie-Rose Monk have all been nominated for Best Play Revival.

In the Best New Musical category, Waitress with Ben Morris, Nathaniel Morrison and Laura Selwood, & Juliet with Jordan Luke Gage, Nathan Lorainey-Dineen and Tim Mahendran, Dear Evan Hansen with Lucy Anderson, Rebecca McKinnis, Come From Away with Helen Hobson and Kirsty Malpass and Only Fools and Horses the Musical with Jeff Nicholson and Oscar Conlon-Morrey have all received nominations. In the Best Musical Revival category, nominations include Mary Poppins with Jack North, Evita with Lauren Drew and Rodney Vubya and Mame with Jessie May.

Fiver written and starring Alex James Ellison, Hiba Elchikhe, Luke Bayer, Dan Buckley and Justin Williams, The View UpStairs with Tyrone Huntley, Preludes with Georgia Louise and Keith Ramsay and Falsettos with LauraPitt-Pulford and Oliver Savile have all been nominated for Best Off-West End Production. Mame with Jessie May, Life of Pi with Mina Anwar and Tara Divina, My Beautiful Laundrette with Hareet Deol and West Side Story with Andy Coxon and Manuel Pacific  have been nominated for Best Regional Production. See all nominees and vote for your favourite here. Voting closes at 5pm on 27 Jan 2020.