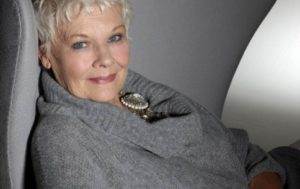 Dame Judi made her stage debut in 1957 and has since become a seven-time Academy Award nominee, winning Best Supporting Actress for her performance as Queen Elizabeth I in Shakespeare in Love. Other awards and honours include six British Academy Film Awards, four BAFTA TV Awards, seven Oliviers, two Screen Actors Guild Awards, two Golden Globes and a Tony.

Mountview LIVE is a series of online conversations hosted by Giles Terera with guests discussing their careers, as well as taking questions from Mountview students. Other artists previously confirmed are Hamilton creator Lin-Manuel Miranda, Olivier Award winner Noma Dumezweni and Mountview alumna Amanda Holden, who will be appearing on Bank Holiday Monday 25 May at 6pm.

Dame Judi Dench commented:
“I am exceptionally proud to be President of Mountview and support their work opening up training routes into the arts. In these challenging times, it is more vital than ever that the arts industry continues to nurture and guide up-and-coming practitioners. Mountview LIVE is a fantastic chance for us all to share our experiences with the next generation and raise support for their training.”

Stephen Jameson and Sarah Preece, Mountview’s joint CEO’s added:
“For Dame Judi to continue her support for Mountview by taking part in Mountview LIVE is greatly appreciated by all of us. Everyone watching her conversation with Giles will no doubt be inspired by her knowledge, passion and humour about our industry.”