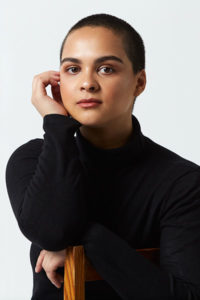 Ameera Conrad is a Visiting Lecturer on Mountview’s MA in Theatre for Community and Education. She has worked internationally as a writer, director, and performer since graduating with distinction from the University of Cape Town’s Drama Department in 2015 as a Theatre Maker (Honours).

“The world is literally on fire. I figure, when better to dive into creating work that is specifically aimed at bringing communities together to learn from one another, and teach others, than now?”

Tell us about your journey and career in the performing arts

I started off not thinking that theatre wouldn’t ever be a viable career option for me. I think most people still believe that. There’re no jobs, there’re no opportunities, everyone is a starving artist, it’s not a real job – all of those classic lines that everyone in the performing arts has been told at least once in their life. In 2010 I participated in the Shakespeare Schools’ Festival in South Africa, where I met Chris Weare, who was one of the lecturers at the University of Cape Town. That’s where I ended up studying for four years under incredible South African theatre makers like Mark Fleishman, Jay Pather, and Amy Jephta. It’s also where my passion for making new work and working collaboratively was ignited. Once I graduated, I focussed most of my time and energy on creating new work with a group of my fellow student activists; supported by the Baxter Theatre Centre, we developed ‘The Fall’ in 2016 based on our own experiences during the #RhodesMustFall and #FeesMustFall protests in South Africa. The production Which went on to tour to Edinburgh Festival Fringe, and then the Royal Court Theatre, St. Ann’s Warehouse, the State Theatre, the Galway International Arts Festival, Melbourne Arts Centre, Festival Arts Bordeaux, and the Studio Theatre throughout 2017 and 2018. In 2017 I was also able to attend the Lincoln Centre Theater Director’s Lab with 65 directors from all over the world in order to share directing techniques over the course of four weeks. In and amongst that, I co-created ‘The Furies’ – a theatre co-operative which centralises marginalised stories. Through this co-operative, we developed original productions and supported new writing in Cape Town. In 2019 I got the opportunity to create a new piece with third year actors at Guildhall School of Music and Drama about the housing crisis in London, which cemented my desire to live and work in the UK. Since moving to London, I’ve been directing student actors, assisting on professional productions, and developing workshops for MixUp Theatre and the National Youth Theatre. 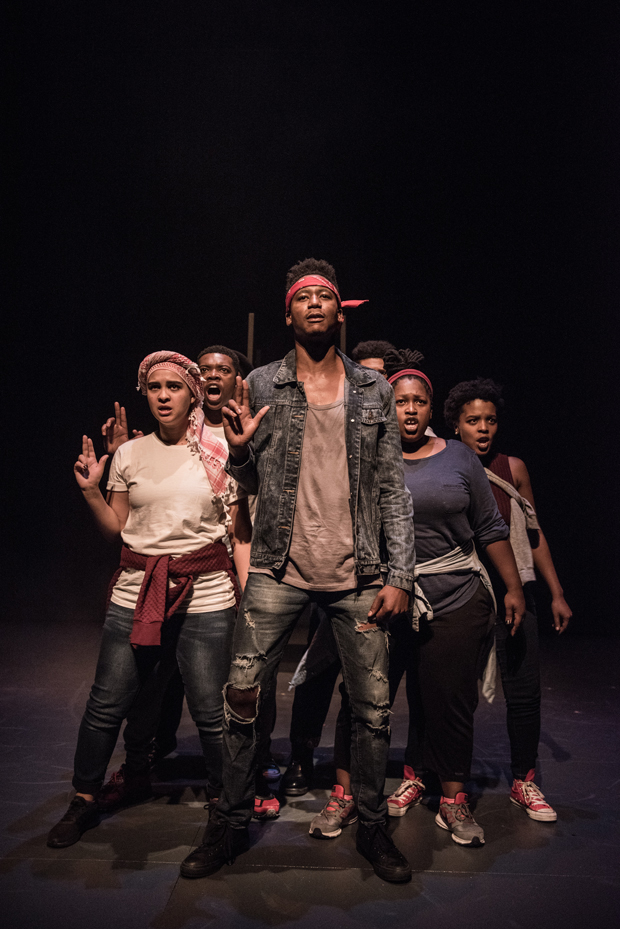 Why is this MA important right now?

The world is literally on fire. I figure, when better to dive into creating work that is specifically aimed at bringing communities together to learn from one another, and teach others, than now? The performing arts has always been (for me) the best way to let other people experience what it means to be someone else, we share stories, we share experiences; that’s how we spread awareness, empathy, and information. And an MA like this one is the perfect combination to help you hone your practice through experimentation and play. Using storytelling as a means to educate and instill empathy. Now’s when we need it more than ever.

Tell us about your creative practice and teaching approach.

“I work from a horizontal leadership structure, where no one voice is more important than another, and no one way of creating is more useful than the other”

I try to approach theatre making and teaching in the same way. I work from a horizontal leadership structure, where no one voice is more important than another, and no one way of creating is more useful than the other. I always start with a few sessions dedicated to play in order to create a space where trying everything is encouraged and where failure isn’t seen as a problem, but rather as an opportunity to try something new. I’m a socialist so it’s important to me that everyone is invested in the process and that everyone feels like they own the journey as well as the final product of whatever we’re working on. With regards to teaching, I think it’s important to translate that ideology into the learning environment; my students are encouraged to share their own research, ideas, and games during the process. The hope is that shared responsibility over the learning and content will result in a feeling of shared ownership.

“Go for it. Tell your truth. Just do it. Look around you, the people that can help you are probably already there.” 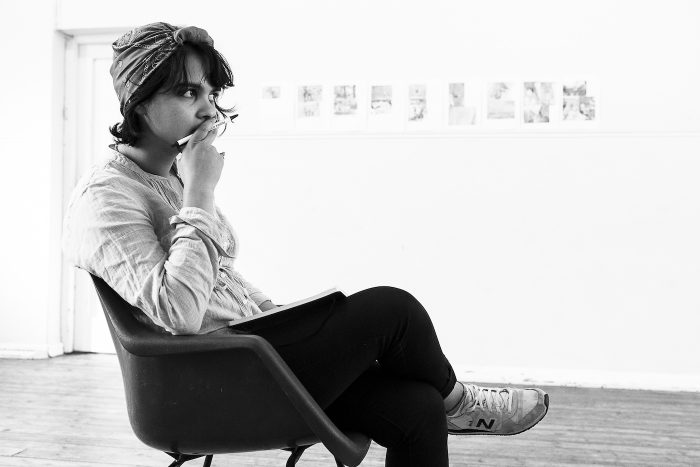 What advice do you have for theatre practitioners today?

Go for it. Tell your truth. Just do it.

Look around you, the people that can help you are probably already there.

Read more about Mountview’s MA in Theatre for Community and Education.