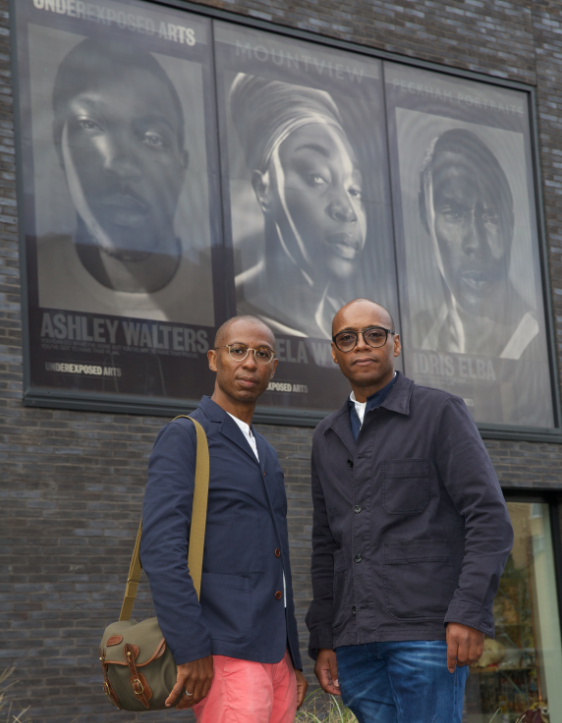 The much anticipated return of the portraits is appropriately timed for Black History Month and celebrations of their reinstatement were led by Harriet Harman who called today “an optimistic day”. The unveiling of the portraits was attended by Don Gilet, Adjoa Andoh, Patrice Naiambana, Dona Croll and Martina Laird who all feature in the original range of Underexposed Arts Portraits. Don Gilet and Adjoa Andoh posed alongside their portraits.

Underexposed Arts was conceived by film and television actor Fraser James to address the perceived lack of positive black role models. The ‘Peckham Portraits’, one of the first Underexposed Arts artistic interventions, originally made their debut at the National Portrait Gallery in 2008, before being installed at their Peckham Hill Street home.

Fraser James said: “When we launched, I remember commenting that ‘role models are the foundation of aspiration’. Today I still believe that there are many potential black role models in our community, but their visibility needs to be greater. In the eleven years since the original portraits launched on Peckham Hill Street a lot has changed. Time Out recently did a survey of the 50 coolest neighbourhoods to live in the world. Peckham was voted 11th. A generation of Peckham born black actors, inspired by the original portraits, including John Boyega and Damson Idris have gone on to launch international acting careers. The reinstatement of the Portraits to their original home in Peckham is, we believe, another positive step in underlining the wealth of talent across the British black community.” 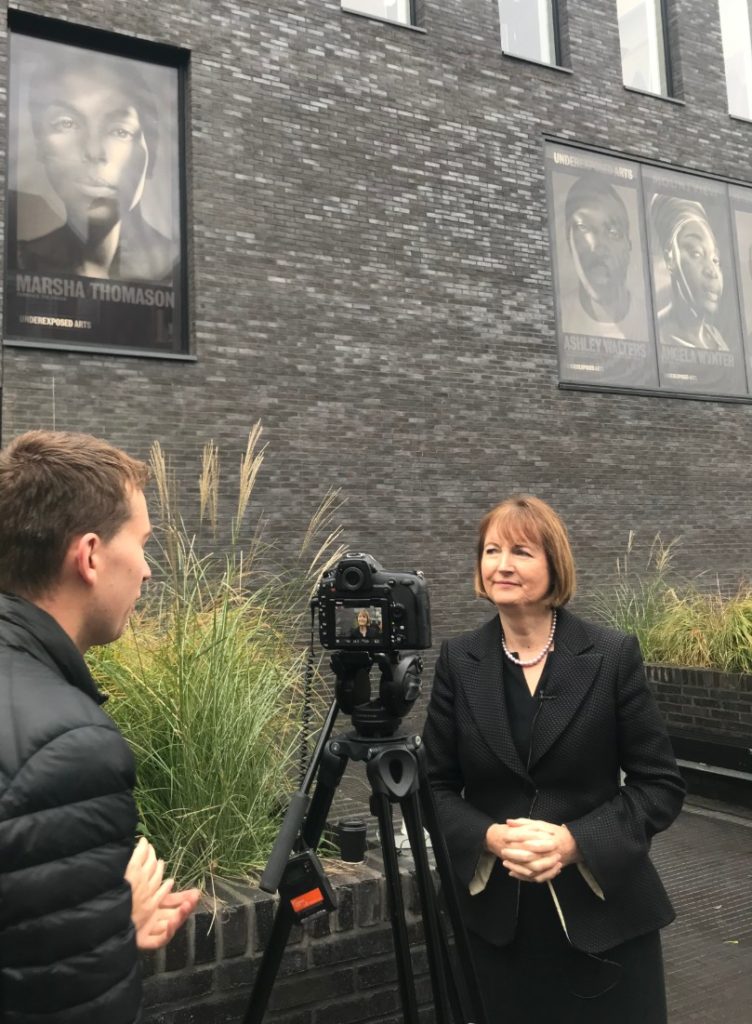 The significance of the portraits to the Peckham community was underlined in 2017 when Southwark Council reacted positively to the thousands of tweets in response to their removal by relocating them to PeckhamPlex cinema. Since the original Underexposed Arts project launched, the issues around representation remain pertinent.

Fraser James added: “While visiting Peckham at the end of 2018 I met Arran Samuels, a Peckham resident who grew up in the area, Arran said of the Portraits: “I used to walk past the portraits every day to and from school. I never knew how they got here but whenever I looked at the portraits, they made me walk tall”. That conversation was an emotional moment for me. It opened my eyes to the impact of what we did in 2008. It was that moment which inspired me to reassemble the individuals and organisations behind the original works.”

Using a small grant awarded to Franklyn Rodgers from the Art360 Foundation, the team carried out research into the significance of the works over the ten-year span. It heard from various members of the community, who felt that the portraits of the actors made them feel represented in ways rarely seen in mainstream media.

Retired pastor Reverend Dr Edward Frank Goveia, who ministered at Rye Lane church for 18 years, said of the works, “You become the things you spend time focusing on. The portraits were edifying and gave the community a point of connection, identity and reflection”.

The Underexposed Arts ‘Peckham Portraits’ journey then came full circle when the team discovered that the building works originally prompting the removal of the portraits, turned out to be for the new home for Mountview, an institution deeply committed to diversity and inclusivity.

Principal and Artistic Director of Mountview Stephen Jameson, who taught actor David Oyelowo, one of the featured actors, affirmed that ‘improving access to training has always been at the heart of Mountview’s ethos. “We are open to the experience and challenge that diversity brings to the table. Together we are at the forefront of positive change for the UK arts industry.

Fraser James added “Reinstating The ‘Peckham Portraits’ will be an electrifying moment. It’s our way of saying we heard you and thank you to the community that cherished them for so many years. We also hope of course that it will inspire the next generation. When you see yourself on a building, you can see yourself in it.”